Ray Paulk is a native of Berrien County and has lived and served in this community his entire life. Ray is married to Leanne Franks Paulk and together they have 4 children, and a new grand child.
Ray Paulk began his career at Berrien County Sheriff’s Office in December of 1994 as a dispatcher/jailer under the command of Sheriff Jerry Brogdon. In September 1995, he graduated from Abraham Baldwin Police Academy and was assigned to the road patrol, where he carried out the many tasks that Deputy Sheriffs handle on a daily basis, from initial first response to emergency calls to serving arrest warrants and handling civil/criminal situations.
In 2007, during the interim term of Sheriff Bob Lovein and Sheriff Ashley Paulk, he advanced to the rank of Captain. As Captain, he took on a more administrative role vital to the day-to-day operations of the Sheriff’s Office.
In 2010, under the command of Sheriff Anthony Heath, Paulk was promoted to the rank of Major where he continued to serve as Chief Deputy. In this role he was resourceful in working with the Commissioners to provide additional deputies for more protection and better call response for the citizens of Berrien County. This included adding an extra School Resource Officer, as well as a deputy for Courthouse Security. During the years that followed, , with numerous training hours and extensive on the job experience, Major Paulk was instrumental in leading the day to day operations of the Sheriff’s Office and Jail. He has continued to work with deputies, investigators and administrative staff to increase the effectiveness of the office, which in turn ensures the best protection for the citizens of Berrien County.
Now serving as our Interim Sheriff, Ray Paulk plans to continue to provide the citizens of this county with the best possible protection and service while at the same time upholding the Constitution and enforcing Georgia Law. Ray Paulk has continually demonstrated his ability to lead the Sheriff’s Office operations while efficiently maintaining the 2.7 million dollar budget required to carry out his law enforcement and jail operation duties. Sheriff Paulk is also committed to his open door policy for any citizen of Berrien County to voice their concerns to him personally at any time night or day.
Being a life long resident of Berrien County with many friends and family here, Ray Paulk understands the needs of the community and is committed to keeping this a safe place to live and work. Sheriff Paulk is looking forward to serving the citizens of Berrien County and treating them with the utmost professionalism and respect. Sheriff Ray Paulk feels that it is an honor and a pleasure to serve along with the brave men and women of the Berrien County Sheriff’s Office to protect the citizens of our county. 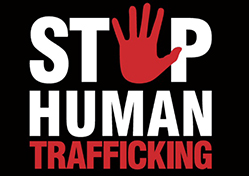